Sal’s Journey to a Better Future

“ I was ready to get better and the staff was there to provide support. ” 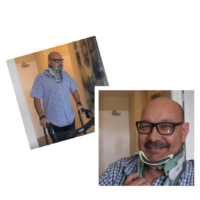 For 18 years, Sal had earned a comfortable living working as an electrician. In his late 50’s, alcohol pushed him to the bottom and he lost his job and home. Sal was ultimately hospitalized because of the toll alcohol had taken on his health. After release from the hospital, Sal was referred to Samaritan House’s Safe Harbor Shelter.

While at Safe Harbor, Sal attended classes, which allowed him to explore the reasons behind his dependence. As Sal embraced this amazing opportunity, he soon became a model client at the shelter by saving money, helping with chores, attending regular meetings and becoming a liaison and inspiration to incoming clients.

Sal’s growth made him eligible for a housing voucher, which allowed him to live independently.

Today, Sal has a home and a new perspective on life filled with new goals and in a word: hope. Sobriety has brought him clarity and a second chance to be the person he always wanted to be. He still visits Safe Harbor often, but it is as a volunteer and inspiration to the residents – people he calls family. 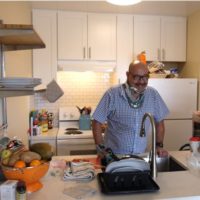